Albert S Woo, MD is rated at Stars from reviews

Hasbro Children’s Hospital has appointed Albert S. Woo, MD, as chief of pediatric plastic surgery and director of its Cleft and Craniofacial Center. Woo is a board-certified plastic and reconstructive surgeon who treats children and adults affected by a variety of facial and body malformations. He also serves as a faculty member in the department of surgery at the Warren Alpert Medical School of Brown University.
Woo most recently served as chief of pediatric plastic surgery at St. Louis Children’s Hospital.

Woo’s clinical interests include craniofacial surgery, cleft lip and palate, facial reconstruction, cosmetic procedures, treatment of moles and vascular malformations, trauma reconstruction and facial paralysis. He is an expert in the field of endoscopic craniosynostosis surgery and craniofacial reconstruction. He has pioneered a new technique for cleft palate repair that improves speech outcomes in both primary and secondary operations.

Published in more than 50 peer-reviewed publications, Woo’s research interests include cleft lip and palate, velopharyngeal insufficiency, craniosynostosis (endoscopic and open), robotic plastic surgery and 3D printing technology.
He earned his medical degree at the Warren Alpert Medical School of Brown University and completed his residency in plastic surgery at Rhode Island Hospital. He also completed a fellowship in craniofacial surgery at the University of Washington School of Medicine in Seattle.
Woo currently is a member of the American College of Surgeons, the American Society of Maxillofacial Surgeons, the American Cleft Palate-Craniofacial Association and the American Society of Plastic Surgeons. He is the recipient of numerous awards including Best Doctors in America since 2011.

The joy of welcoming a new baby was tinged with concern for Erica and Stew Tibbetts of Warwick.

As a delivery nurse, Erica knew that newborns often have slightly misshapen heads, so she dismissed the appearance of her son Grayson’s head after his birth. 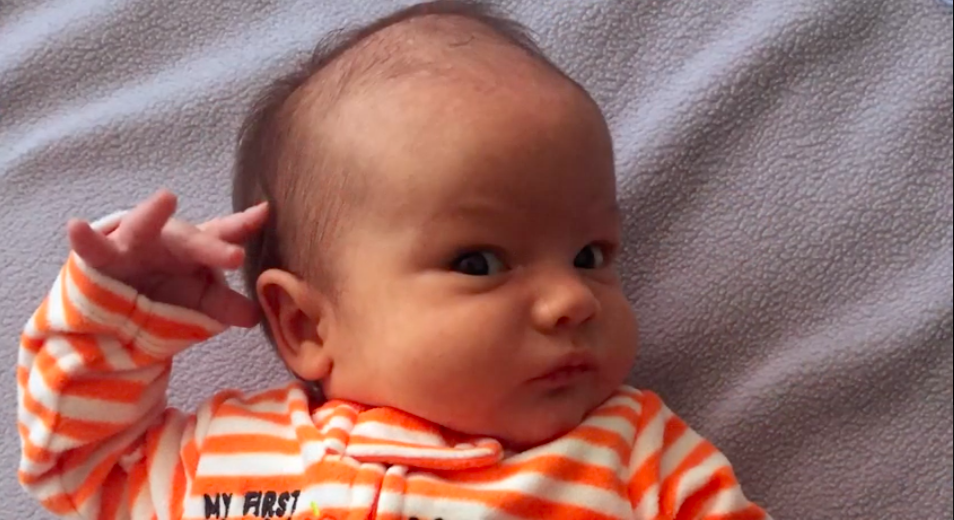 But the parents soon realized that their baby’s head wasn’t normal. He lacked the soft spot known as the fontanel, and his head appeared elongated, with a ridge on top. During an office visit when Grayson was only a few weeks old, the pediatrician told Erika that she suspected that he had craniosynostosis, caused by premature fusing of the bones in his skull.

“I will never forget that moment — hearing that your baby has a skull malformation that has to be corrected by surgery is terrifying,” Erica says.

The pediatrician described the traditional corrective, very extensive surgery, which requires an incision from ear to ear over the top of the skull. But Erica later read online about an endoscopic procedure being done at just a few hospitals around the country.

The parents soon learned that one of those few was Hasbro Children’s Hospital, where pediatric plastic surgeon Albert Woo, MD, and pediatric neurosurgeon Petra Klinge, MD, PhD, collaborate to perform the delicate procedure.

Correcting craniosynostosis is vital not merely for a child to have a normal appearance, but more important, to give space for the rapidly developing brain. Without the surgery, the constricted skull will inflict pressure on the brain that may affect mental development, among other problems.

During the hour-long surgery, a strip of bone was removed from the midline of three-month-old Grayson’s skull through two one-inch incisions, without disturbing the brain and its protective covering.

The much longer traditional surgery requires a five-to-seven-day hospitalization. Grayson went home the day after his life-changing surgery, after being fitted with a special helmet that made him look like a tiny quarterback.

The headgear isn’t only protective. “The helmet is designed to slowly guide the growth of the skull so that it has a much more normal shape,” says Dr. Woo, as well as providing room for the growing brain.

If they have concerns about the shape of their newborn’s skull, Dr. Woo recommends that parents see a specialist as soon as possible. The endoscopic procedure to correct craniosynostosis is only possible when the baby is three to four months old, so it’s crucial to assess the infant early. The surgeon may be able to assure the parents that all is well with their little one — but it’s critical to know as soon as possible if it’s not.

As for Erica and Stew’s son, he’s thriving.

The mom beams as she says, “Grayson is perfect. He’s meeting all of his developmental milestones. He is a happy, sweet one-year-old. He is busy, and you would never, never know that anything had happened. You can’t see his scars; his head is perfect. He is just another wonderful, happy baby.”