Montefiore Medical Center and The Children's Hospital at Montefiore

Montefiore Medical Center and The Children's Hospital at Montefiore

As one of the country's leading craniofacial centers, The Craniofacial Center at The Children's Hospital at Montefiore attracts patients from around the country and abroad, offering patients access to internationally-recognized physicians and our highly-skilled multi-disciplinary team, a range of leading-edge advancements in craniofacial care and information to put both parents and children at ease.

Our specialists have helped us to become one of the most respected craniofacial programs in the world, thanks to the pioneering care they provide for children with defects and deformities of the head and neck. Our multidisciplinary craniofacial team at CHAM includes:

We invite you to learn more about The Craniofacial Center at The Children's Hospital at Montefiore and why the work we do here has long been a source of help and hope for thousands of parents across the globe. 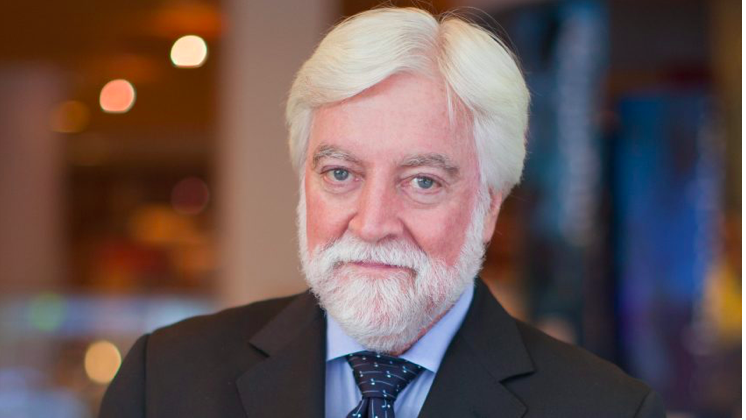 Dr. James T Goodrich was not only a friend of CAPPSKIDS, he was my son's personal surgeon.  My son, now 20, required a Cranial Vault Expansion and Fronto-orbital Advancement in 2001 with a revision in 2006.  He was a kind, incredibly smart and humble hero for the families whose lives he touched.  He was the calm before the storm of surgery.

He taught me most of what I know about Craniosynostosis and encouraged me to continue on with CAPPSKIDS. He always reminded me of how lost and scared I was when I first met him and that we needed a place to find information.  This was long before the days of social networks and speedy wifi.

As we built our organization, he remained a constant in my life, cheering me on.  When social networking led to so much information and unfortunately, misinformation, I discussed options on how we could continue our work.  He was not a huge "social networking" fan and wanted us to stay the course.  When the Directory began to come to life, he cheered.  He knew that between what we knew then and what we would someday know - there was a great need. He encouraged us to help families find treatment close to home and not to unnecessarily travel. He told us that we would know how to "vet" our surgeons and make sure that the families had access to specialists that treat Craniosynostosis regularly.

Dr. Goodrich reviewed so many cases for us.  He treated so many of our families. He was a light in a world with so much darkness.

Personally, I can't imagine this cranio world without him in it or the gift that he gave to so many.

I am forever grateful to have known Dr. Goodrich and he will be forever missed.

James Tait Goodrich, M.D., Ph.D., was the Director, Division of Pediatric Neurosurgery, at The Children’s Hospital at Montefiore in New York City. He also served as the Director, International Center for Craniofacial Surgery, Head and Neck Surgery, and the Neurosciences at the University of Palermo in Palermo, Italy. Dr. Goodrich was certified in neurological surgery and pediatric neurological surgery.

Dr. Goodrich did his undergraduate work at the University of California, Irvine and completed his graduate work at the Graduate School of Arts and Sciences of Columbia University where he received a Masters and Doctorate of Philosophy. He received his Doctorate of Medicine from Columbia University College of Physicians and Surgeons in New York City. Intern and residency training were completed at Presbyterian Hospital in New York City and the New York Neurological Institute.

Dr. Goodrich was a peer reviewer for a number of major neurosurgical journals, in addition to being the Legacy Section Editor for the Neurosurgery Journal. He was also the Section Editor for “Classics in Pediatric Neurosurgery” for the journal, Child Nervous System. He wrote over one hundred editorial comments, discussions, and book reviews.  Both his professional peers and his patients have recognized Dr. Goodrich’s clinical skills and he was voted one of the best medical doctors in New York by New York Magazine.  He was also featured in the Consumers Council of America’s 2002 Guide to America’s Top Surgeons and Best Doctors in America 2003. For his innumerable contributions to the field of pediatric neurosurgery, he was honored as the Physician Honoree for Celebrate Montefiore 2005.

From June 1963 until December 1968, Dr. Goodrich served with five units in the United States Marine Corps to include 1st Recon Battalion. He served in Vietnam from July 1967 until August 1968.

Dr. Goodrich was the recipient of the 2006 MCUF Major General John H. Russell Leadership award, the award was Presented to Dr. Goodrich by General Carl Mundy Chairman of the Marine Corps University Foundation.